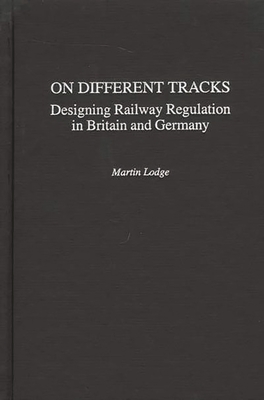 The governments of several countries are in the process of reforming their regulatory regimes for the railways, and there is much debate about the appropriate regulation of transport in general and railways in particular--especially in light of environmental concerns about traffic congestion and air pollution and economic concerns about the financing of infrastructure and services. This volume investigates how Britain and Germany regulated their railways at three different points in time over the past century: after the First World War, after the Second World War, and in the 1990s. Its central focus is the design of regulatory regimes and the impact of institutional factors on the selection of design ideas and on processes of isomorphism. By placing a comparative analysis of regulatory design in a historical context and an institutional framework, the author contributes to the current debate on the emergence of the regulatory state in the late 20th century.

MARTIN LODGE is Senior Research Officer at the Centre for Analysis of Risk and Regulation at the London School of Economics and Political Science.