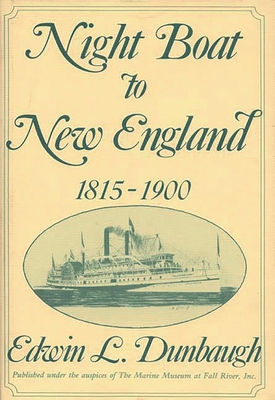 Taking the subject of much lore as the topic of his book, Dunbaugh has written a carefully researched, comprehensive history of the overnight steamboat on Long Island Sound. In the nineteenth century, these steamboats provided the major means of transportation from New York to ports in southern New England or from Boston north to ports on the coast of Maine. Earlier accounts have either focused on the lore or been heavy with statistical data. Dunbaugh here provides a readable narrative history based on solid research.

The book's approach is chronological, discussing the early steamboat era, 1815-1835, in the first chapter and the feeder lines developing with the advent of the railroad in chapter 2. Chapter 3 covers the Vanderbilt era of the 1840s, while the next chapter turns to the Great Fall River Line, 1847-1854. Chapter 5 discusses the years from 1854 to 1861, a period of stability, and chapter 6 covers the Civil War years. Chapters on the era of Fisk and Gould and the Depression and Recovery of 1873-1880 follow. The final chapter covers the last decade of the independent lines and of the century. This volume will be of interest to historians specializing in the history of technology, business, or economic history--as well as to those interested in the history of steamboat transportation.

EDWIN L. DUNBAUGH is Professor of Humanities at Webb Institute of Naval Architecture. His most recent books are William H. Webb: Shipbuilder (1989) and The Era of the Joy Line: A Saga of Steamboating on Long Island Sound (Greenwood Press, 1982).