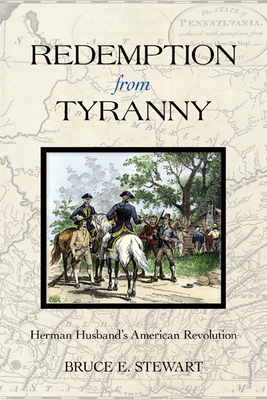 For many common people, the American Revolution offered an opportunity to radically reimagine the wealth and power structures in the nascent United States. Yet in the eyes of working-class activists, the U.S. Constitution favored the interests of a corrupt elite and betrayed the lofty principles of the Declaration of Independence. The discontent of these ordinary revolutionaries sparked a series of protest movements throughout the country during the 1780s and 1790s.

Redemption from Tyranny explores the life of a leader among these revolutionaries. A farmer, evangelical, and political activist, Herman Husband (1724-1795) played a crucial role in some of the most important anti-establishment movements in eighteenth-century America--the Great Awakening, the North Carolina Regulation, the American Revolution, and the Whiskey Rebellion. Husband became a famous radical, advocating for the reduction of economic inequality among white men.

Drawing on a wealth of newly unearthed resources, Stewart uses the life of Husband to explore the varied reasons behind the rise of economic populism and its impact on society during the long American Revolution. Husband offers a valuable lens through which we can view how "labouring, industrious people" shaped--and were shaped by--the American Revolution.

Bruce E. Stewart is Associate Professor of History at Appalachian State University and the editor of Blood in the Hills: A History of Violence in Appalachia.