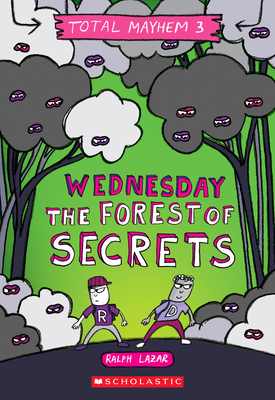 For Dash Candoo, every day is… SUSPICIOUS!

Dash Candoo is used to really strange, mysterious things happening at his school.

Dash starts to wonder what's going on when mysterious tire marks and strange sounds start coming from Moremi Forest, next to Swedhump Elementary. When he and his friend Rob go to investigate, they can't work out what's going on. All they know is... they're being watched.

What's causing all the fuss?

RALPH LAZAR was a strategist at Goldman Sachs before becoming an artist, author, and illustrator. Along with his wife and cocreator Lisa Swerling, they have created several successful cartoons for children and sold illustrated greeting cards by the millions.