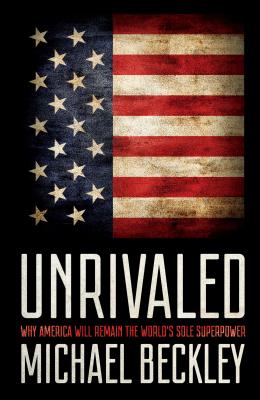 The United States has been the world's dominant power for more than a century. Now many analysts believe that other countries are rising and the United States is in decline. Is the unipolar moment over? Is America finished as a superpower?

In this book, Michael Beckley argues that the United States has unique advantages over other nations that, if used wisely, will allow it to remain the world's sole superpower throughout this century. We are not living in a transitional, post-Cold War era. Instead, we are in the midst of what he calls the unipolar era--a period as singular and important as any epoch in modern history. This era, Beckley contends, will endure because the US has a much larger economic and military lead over its closest rival, China, than most people think and the best prospects of any nation to amass wealth and power in the decades ahead.

Deeply researched and brilliantly argued, this book covers hundreds of years of great power politics and develops new methods for measuring power and predicting the rise and fall of nations. By documenting long-term trends in the global balance of power and explaining their implications for world politics, the book provides guidance for policymakers, businesspeople, and scholars alike.

Michael Beckley is a Fellow in the International Security Program at Harvard Kennedy School's Belfer Center for Science and International Affairs and Assistant Professor of Political Science at Tufts University.