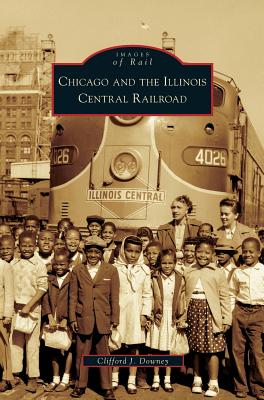 
Ships in 2-7 Days
Headquartered in Chicago, the Illinois Central Railroad was known as the "Main Line of Mid-America," as it was a major railroad cutting through the middle section of the United States with two major routes: the Main Line, which ran south out of Chicago toward New Orleans, and the Western Lines, which ran west toward Iowa. The Illinois Central Railroad had eight major freight yards in Chicago, which in 1937 handled nearly two million freight cars. It was also well known for its passenger service and operated some of the finest passenger
trains: the Green Diamond, the all-Pullman Panama Limited, and the City of New Orleans. Chicago and the Illinois Central Railroad covers the railroad's operations within the city of Chicago, plus the outlying suburbs, from the late 1800s to 1960. It explores, through vintage photographs, the passenger and freight trains, suburban trains, locomotives, shops and repair facilities, and people that made the railroad function.