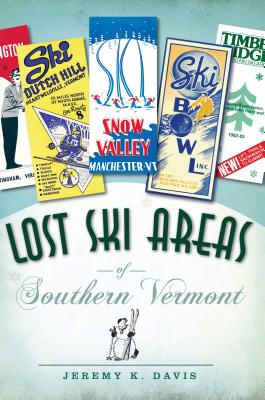 
On Our Shelves Now

Jeremy Davis of the New England Lost Ski Areas Project brings lost locations back to life, chronicling their rich histories and contributions to the ski industry.

Hidden amongst the hills and mountains of southern Vermont are the remnants of sixty former ski areas, their slopes returning to forest and their lifts decaying. Today, only fourteen remain open and active in southern Vermont. Though they offer some incredible skiing, most lack the intimate, local feel of these lost ski trails. Jeremy Davis, creator of the New England Lost Ski Areas Project, looks into the over-investment, local competition, weather variation, changing skier habits, insurance costs and just plain bad luck that caused these ski areas to succumb and melt back into the landscape. From the family-operated Hogback in Windham County to Clinton Gilbert's farm in Woodstock, where the very first rope tow began operation in the winter of 1934, these once popular ski areas left an indelible trace on the hearts of their ski communities and the history of southern Vermont.