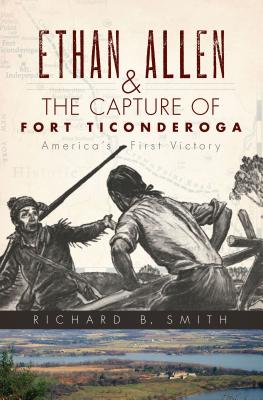 By Richard B. Smith

In April 1775, a small band of men set out from Hartford and traveled swiftly north toward the shore of Lake Champlain, recruiting men to their expedition along the way.

Within only a few days, this loyal group of volunteers arrived in Vermont and, joining forces with Ethan Allen and his legendary Green Mountain Boys, launched a daring attack to capture more than one hundred cannons stored at Fort Ticonderoga. In this comprehensive look at "America's First Victory," Richard Smith traces the Patriots' route from Connecticut, through the towns of western Massachusetts and the Berkshire hills and north to Bennington, Vermont, and Lake Champlain. He chronicles the rival expedition led by Benedict Arnold, his confrontation with Allen and the surprise attack that changed the course of the American Revolution.