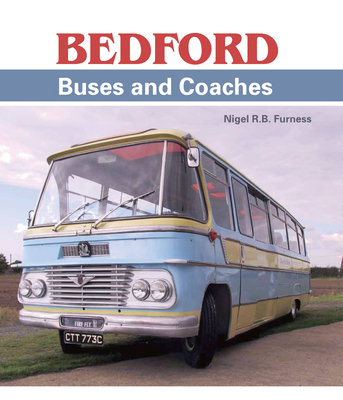 Fully illustrated thoughout with hundreds of photographs, the majority in colour, the book includes:the origins of Bedford, and its history from 1931 to 1986.  Detailed descriptions of the Bedford petrol and diesel engines and other manufacturers' engines used in Bedford bus anc coach chassis are given.  Detailed specifications and production histories are given for all the full-size pasenger chassis including the WHB/WLH, WTB, OB/OWB, SB, VAS, CAL, VAM, Y-series and the Venturer.  Descriptions of bodies and details of coachbuilders that built on Bedford chassis are given too.  A survey of Bedford goods chassis adapted for passenger carrying is included along with road tests and owners' experiences.  Finally, advice on buying and restoring a Bedfor bus and coach is given.

Nigel Furness was born in Chesterfield, Derbyshire in 1955. Educated in Bristol, he holds qualifications in Engineering, Education and a BSc in Computing. His early working life was in electronic engineering and computers, and he recently retired after a successful career in Further and Higher Education. Nigel has owned a number of classic vehicles over the years, including a 1949 Bristol L6B single-decker bus and a 1966 Bristol MW.