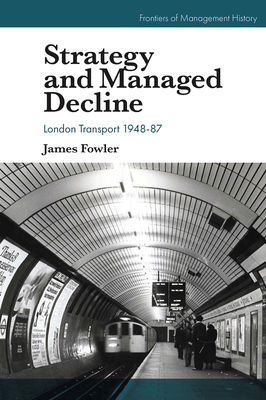 
This Book is Backordered

Why do organisations decline, and what happens when they do? Strategy and Managed Decline: London Transport 1948-87 is a historical case study looking at how London Transport, a world beater in 1948, declined from being an international exemplar to dilapidation in 30 years.

Strategy and Managed Decline considers the inheritance left by the founders of London Transport and subjects their legacy to a strategic and political audit. In three sections, the book examines archival data from the Transport for London (TfL) Archive covering the car revolution, strategic political clashes and the performance of the chairmen to challenge existing theory and extant histories. It offers hypotheses situated in management, leadership, politics and strategy which explain the decades of deterioration followed by a dramatic revival in the late 1980s.

Examining the turbulent politics of the long conflict between London Transport, municipal and national government in detail, Strategy and Managed Decline: London Transport 1948-87 offers novel interpretations of events by objectively analysing the strategic stories that politics created about London's transport. It concludes by asking whether a shift in managerial strategy away from maximising utility and towards cost minimisation caused, or was just coincident with, resurgence and explores what lessons there are for TfL today.

James Fowler joined the University of Essex in 2019 as a Lecturer in Management. He was previously an associate Lecturer at the University of York and a regular Officer in the Armed Forces where he held a series of appointments in the Educational and Training Services branch. His PhD and subsequent research interests focus on the finance, governance and leadership of organisations in a historical context.